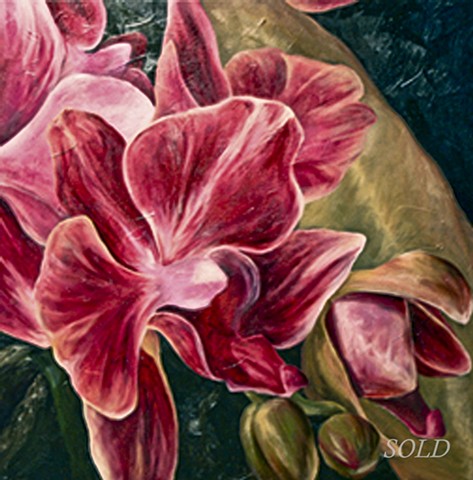 In recognition of all whose life is measured in stages... this painting was created for and donated to the 2010 American Cancer Society's Discovery Ball that I was blessed to organize and curate the auction art gallery for.

It was purchased at the auction by my dear friend Lisa who has been such an amazing cheerleader for me and later became a heroic measurer of stages herself.