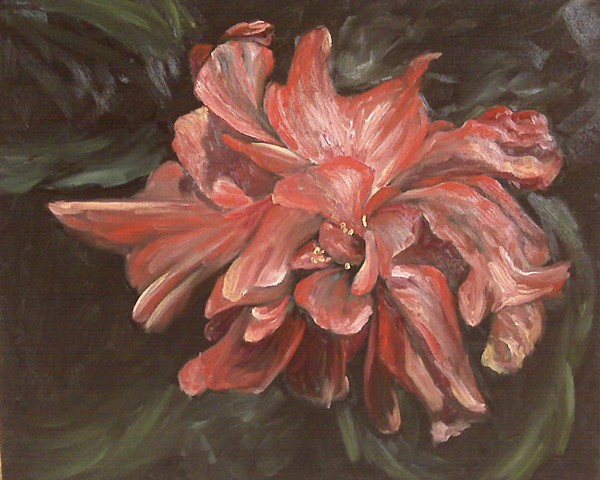 I met a jeweler named Cheryl who sent me a photo of a flower in her home. She was interested in having it painted, however I was interested in the flower. I was working on another painting at the time, but this flower seemed to be watching me, lurking and commanding more and more of my attention. After a few days I felt compelled to paint it. I set up the canvas in my studio and painted it in one setting, not leaving the studio until it was completed. I found the highlights on the petals to be captivating. The flower also appeared to be lurking out from the dark foliage that engulfed it.

Thank you to Mike for being unable to take your eyes off it! This piece was sold when I was hosting pop up galleries in Libertyville, Illinois. Mike told me that the title was so appropriate because as it hung on the wall - it continued to follow him as he walked through the gallery.